Zaheer Abbas inducted into the PCB Hall of Fame

Zaheer Abbas, one of the most stylish and elegant batters to ever play this great sport, was formally inducted into the PCB Hall of Fame on Saturday when he received his commemorative cap and plaque from the PCB Chief Executive Faisal Hasnain during lunch break of the second cricket Test between Pakistan and Australia at the National Stadium on Saturday.

He is the third PCB Hall of Famer after Fazal Mahmood and Wasim Akram to be formally inducted, with the remaining five inductions to take place in due course.

“I feel humbled to have been recognised in such a respectful and honourable manner by my parent organisation at my home ground, during play of my favourite format of the game and in front of passionate cricket fans, who have also played an integral part throughout my cricketing career.

“It has been a privilege to have represented Pakistan for nearly two decades and contribute in the national side’s growth in terms of stature and reputation. It was a delight to play with and against some of the all-time greats in an era when cricket regulations and playing conditions were not as stringent as today. Of course, the opportunities were also limited as compared to today. But the rewards, appreciation and acknowledgement was always extremely high and satisfying.

“Cricket has moved on from my playing days but it still remains a gentleman’s game. It gives me great pleasure and satisfaction to see that this beautiful sport remains in the safe and capable hands of modern day elite cricketers who, day in day out, give their very best in striving to continue to enhance the standard of this sport and in doing so, attract, inspire and motivate younger generation of cricketers.

“I am pleased to see a full-strength Australia side play at the National Stadium after 24 long years. Also I have been part of some great Tests against Australia. And I hope that with this tour, the rivalry between two proud nations will revive which, in turn, will only help cricket become stronger.

“I want to thank the PCB, my family, friends and all my contemporaries who supported me in this memorable journey. And helped me perform for this great country as well as my national, domestic and England teams.” 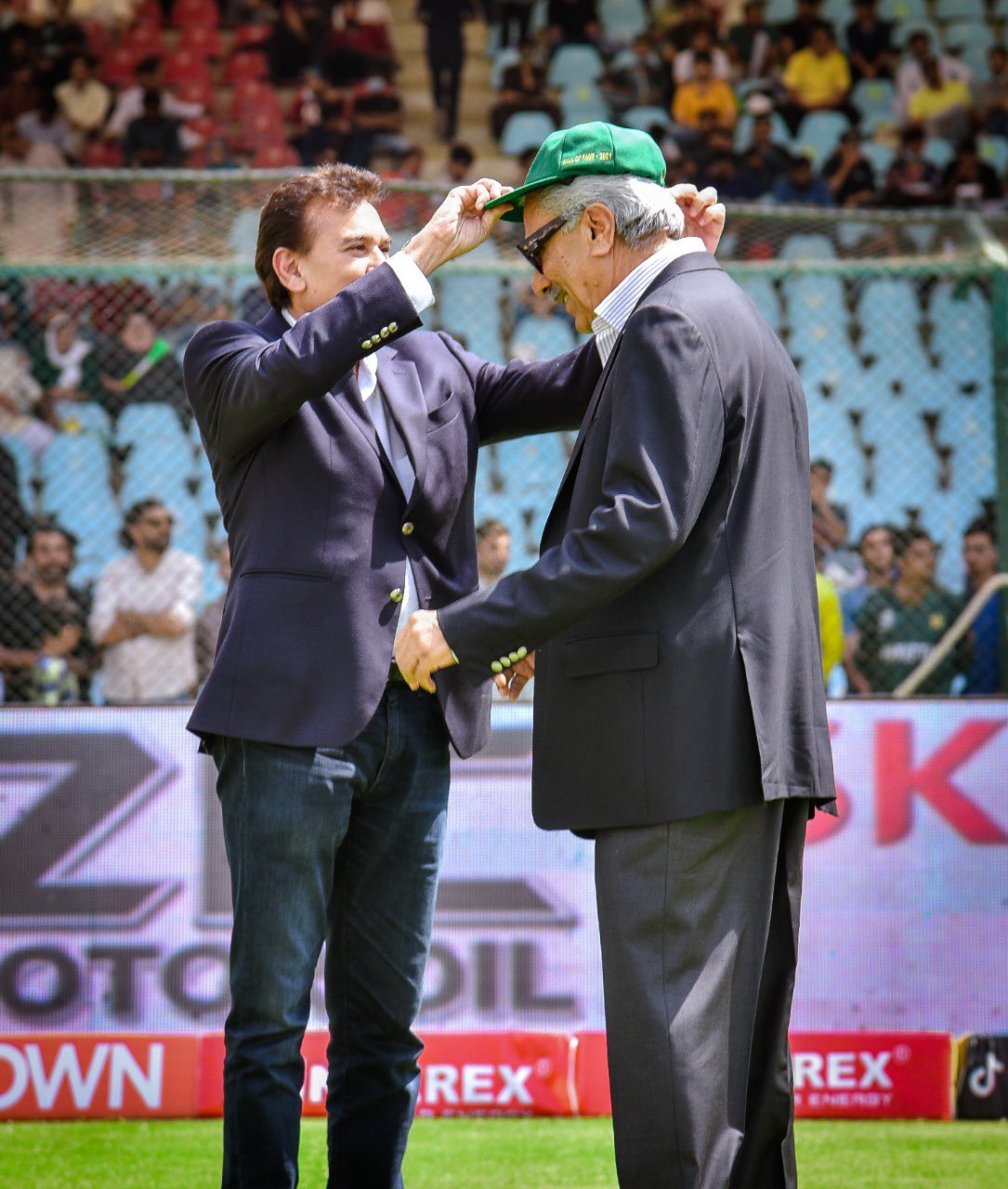 “On behalf of the PCB and Pakistan cricket fans. I want to congratulate Zaheer Abbas on his induction into the PCB Hall of Fame. Zaheer Abbas is not only a Pakistan icon. But a highly respected and admired world figure who made cricket proud wherever he played.

“Zaheer Abbas played and performed in an era that boasted some of the most destructive and fearsome fast bowlers, as well as world-class spinners. He not only dominated them, with his technique and style made batting look like poetry in motion.

“We wish Zaheer Abbas well and hope he will continue to inspire our current and future generation of cricketers.”

74-year-old Zaheer known as a run-machine during his playing days.

At the National Stadium, his home ground, Zaheer played 12 Tests in which he scored 531 runs.

Post-retirement, Zaheer had a brief stint as an ICC Match Referee when he refereed in a Test and three ODIs. He also served as a selector and team manager, while in 2015. He became only the third former Test cricketer after Colin Cowdrey and Sir Clyde Walcott to become an ICC President.