Women’s World Cup: The West Indies recovered from a batting collapse to defeat Bangladesh by just four runs in Tauranga as the two sides played out a rollercoaster first ODI meeting.

A defiant unbeaten 53 from Shemaine Campbelle saw the Windies recover from 70 for seven to post 140 as Bangladesh’s spinners suffocated the middle order.

Afy Fletcher brought the West Indies back as she helped to reduce the opposition to 60 for five but Bangladesh battled back to take the ICC Women’s Cricket World Cup 2022 league match to the final over before falling just short.

Deandra Dottin was the first to fall for 17 when she was caught behind off the bowling of Jahanara Alam who celebrated jubilantly before captain Nigar Sultana took a fantastic catch above her head to dismiss the other opener Hayley Matthews for 18.

That gave Nahida Akter a wicket off her first ball before she conceded her first boundary to Rashada Williams, ominously it would be the last for 20 overs as Bangladesh turned the screw.

Stafanie Taylor was the first of five batters in a row who would fall for single figures as she went for four after being deceived by the flight of a Nahida delivery.

Two balls later, Williams would fall for the same score, mistiming a drive and sending the ball straight to Fargana Hoque Pinky to leave the West Indies stuttering on 48 for four.

While another wicket would not fall for the next 12 overs, only 12 runs were scored as the West Indies’ attacking intent came to a juddering halt.

Chedean Nation was run out for six off 37 balls thanks to a direct hit from Fargana before more maidens and wickets followed. 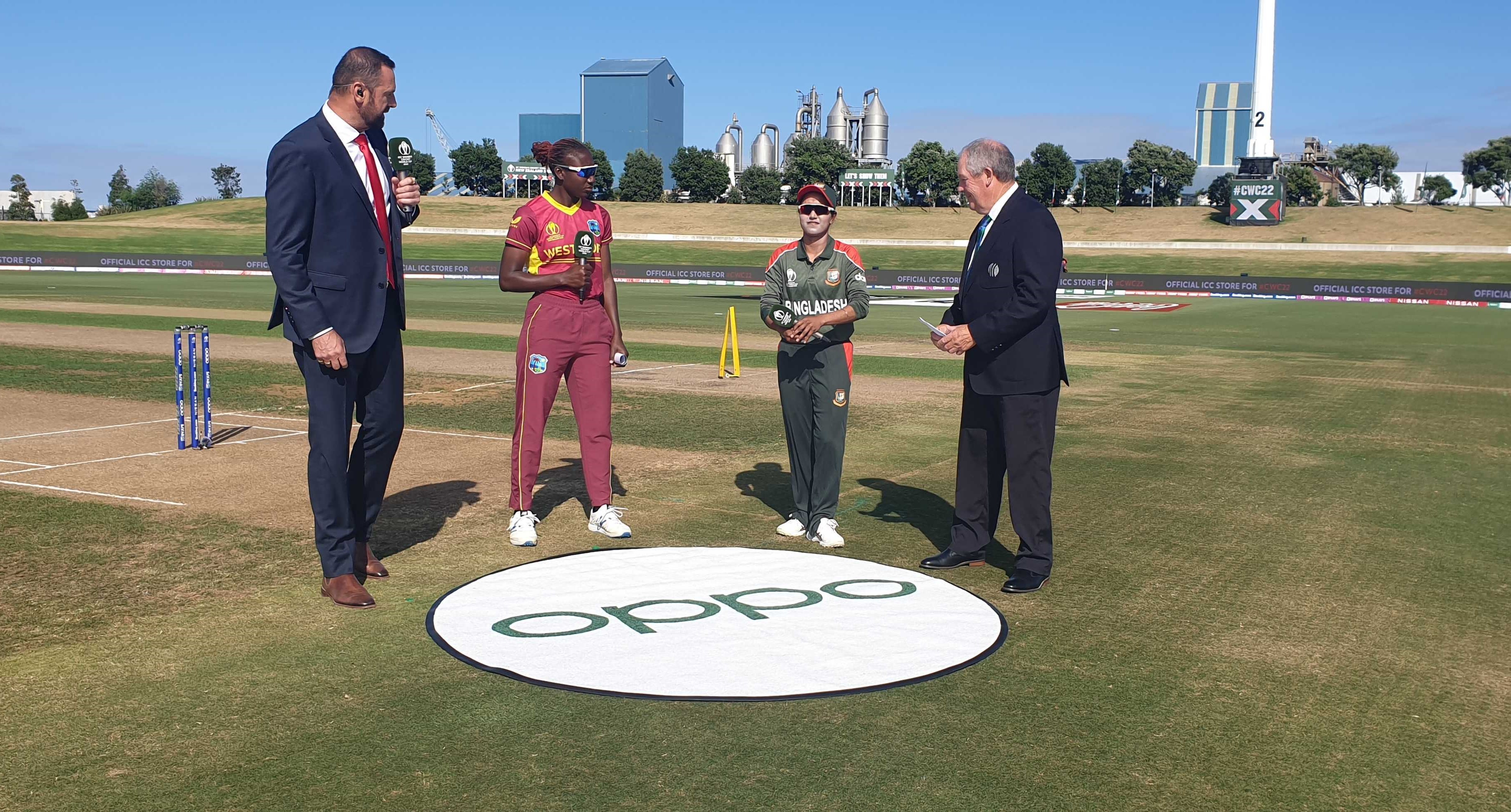 Aaliyah Alleyne departed for a 12-ball duck, a review unable to save her from given out LBW.

The pressure temporarily eased when Campbelle sent a full and wide delivery for four. The first boundary for 124 balls. But Chinelle Henry caught and bowled by Salma Khatun for a duck.

Campbelle remained with 14 from 63 balls. But it appeared that she may run out of partners with the West Indies on 70 for seven with 14.3 overs left.

However, she shared a 32-run partnership with Fletcher, the pair rotating the strike well. Fletcher departed for 17 from 28 balls as Fahima Khatun got her hands to a low catch for Ritu Moni’s first wicket.

Campbelle and new partner Karishma Ramharack both survived dropped as Bangladesh struggled to get the job done.

After 105 balls, Campbelle’s fifty finally came with only three balls remaining. Her patient contribution adding necessary runs to a meagre start. As the West Indies ended on 140 for nine.

Bangladesh had a less-than-ideal start to their chase. As Shamima Sultana trapped LBW by Matthews for a five-ball duck.

Sharmin Akter, 17 off 25, then became Matthews’ second wicket of the powerplay. Sending a low catch to Dottin at slip.

Nigar and Fargana rebuilt from 30 for two, only for Fargana’s leg stump to uprooted by Fletcher to leave Bangladesh 60 for three. The spinner celebrating by miming video-calling her young son.

Fletcher would get two more as Rumana went without scoring, Campbelle again involved. Taking the catch behind the stumps before Ritu was out LBW the very next ball.

While Salma safely negotiated the hat-trick ball, Bangladesh had slipped to 60 for five. And Matthews then swung the game further towards the West Indies with her own double-wicket over.

Nigar was out LBW for 25 from 77 before Fahima bowled with a peach of a delivery. One of five ducks in the innings. As Matthews ended her ten overs with a career-best four for 15.

Salma dropped twice as she anchored Bangladesh’s resistance. But skipper Taylor saw the back of her for 23. To leave Bangladesh needing 31 off 41 with two wickets remaining.

Ramharack took the catch to dismiss Salma before also holding on to a swipe from Jahanara. To leave Bangladesh’s fate in the hands of Nahida.

There was a break in play as Shamilia Connell received treatment. After collapsing before helped from the field. And when the action resumed Nahida put Bangladesh within touching distance. Before Fariha Trisna chopped on off Taylor. As the West Indies became the first side to defend 140 or less in five years.